To demonstrate the importance of understanding and knowing the context, I’ll take a few sentences in English, Naški (that’s my mother tongue :-)), and German and present them to you without the context. All of them are perfectly valid sentences in those languages, but still, it turned out that native speakers who attended my talk on Roslyn had some difficulties understanding their meanings.

Let’s start with the English sentence. Those of you who attended the talk will recognize the presentation slide :-) Is this below a valid English sentence? If yes, what it actually means? 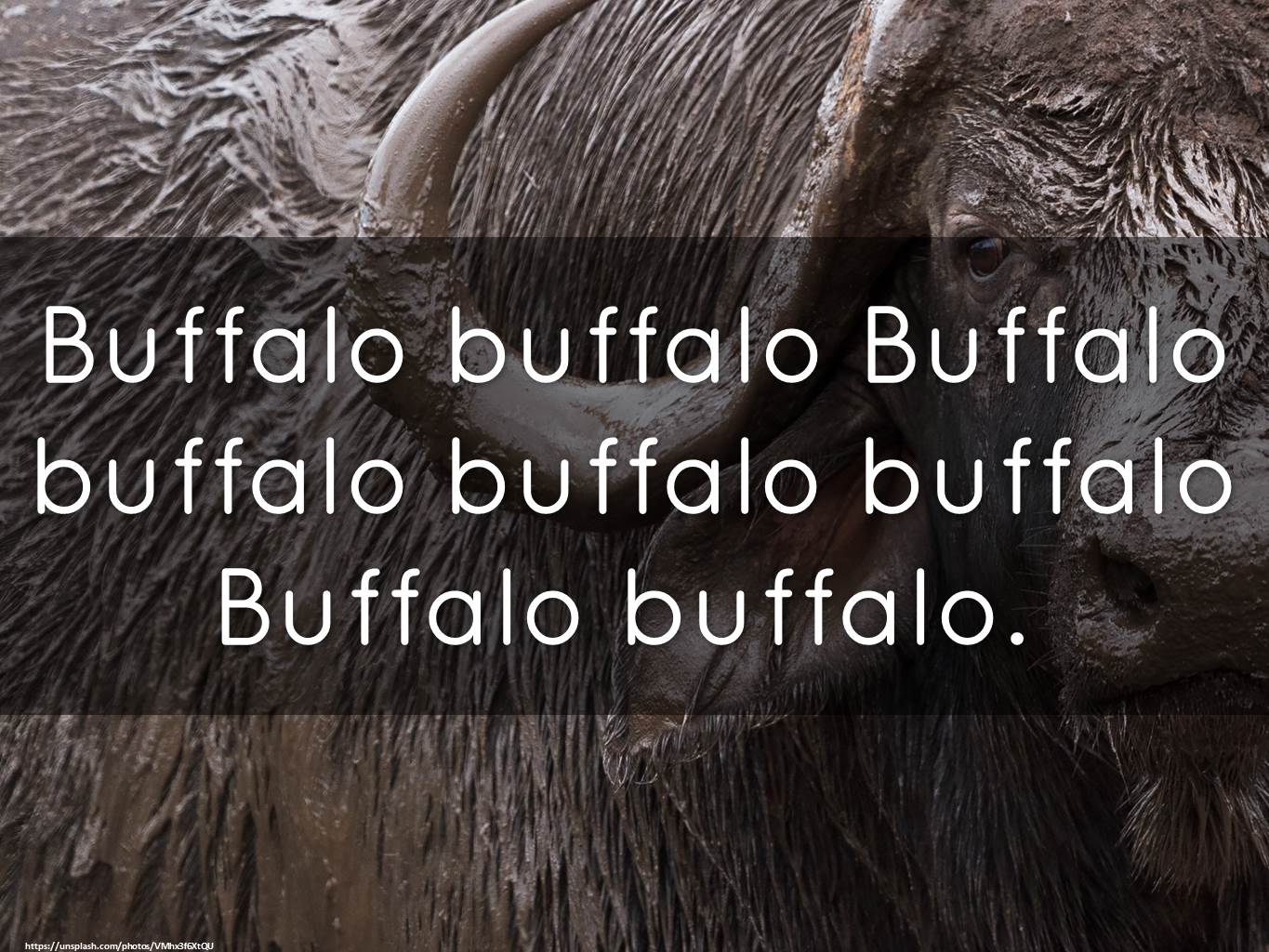 Even if you are a native English speaker, if you’ve never seen the sentence before, I guess you would have a hard time understanding it. Actually, just judging if it’s grammatically valid would already be a challenge. But as soon as we add a bit of a context around it, the mind starts figuring out the meaning.

Buffalo is an animal. Buffalo is as well a US city. There is also an English verb buffalo which means to confuse, deceive, or intimidate. Can you now figure out the meaning? Here is the explanation taken from the Wikipedia: 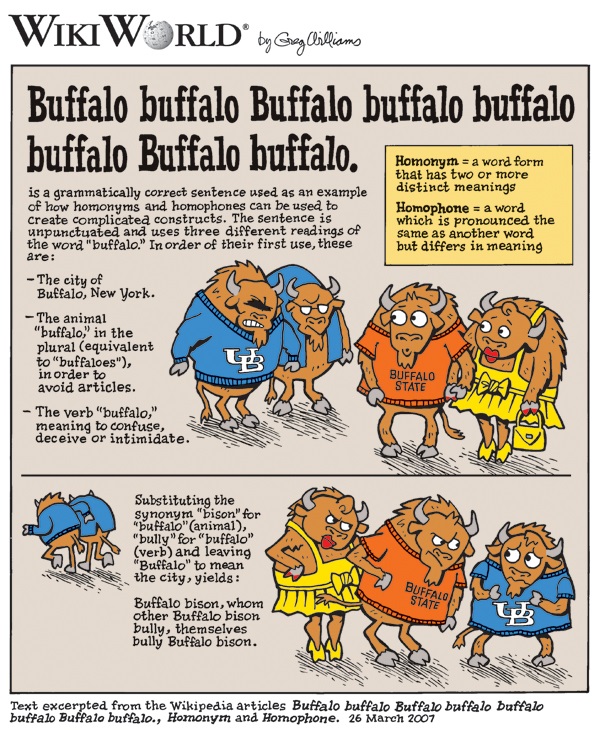 The same thing is with the sentence in Naški. Is this a valid Naški sentence? If yes, what does it mean? 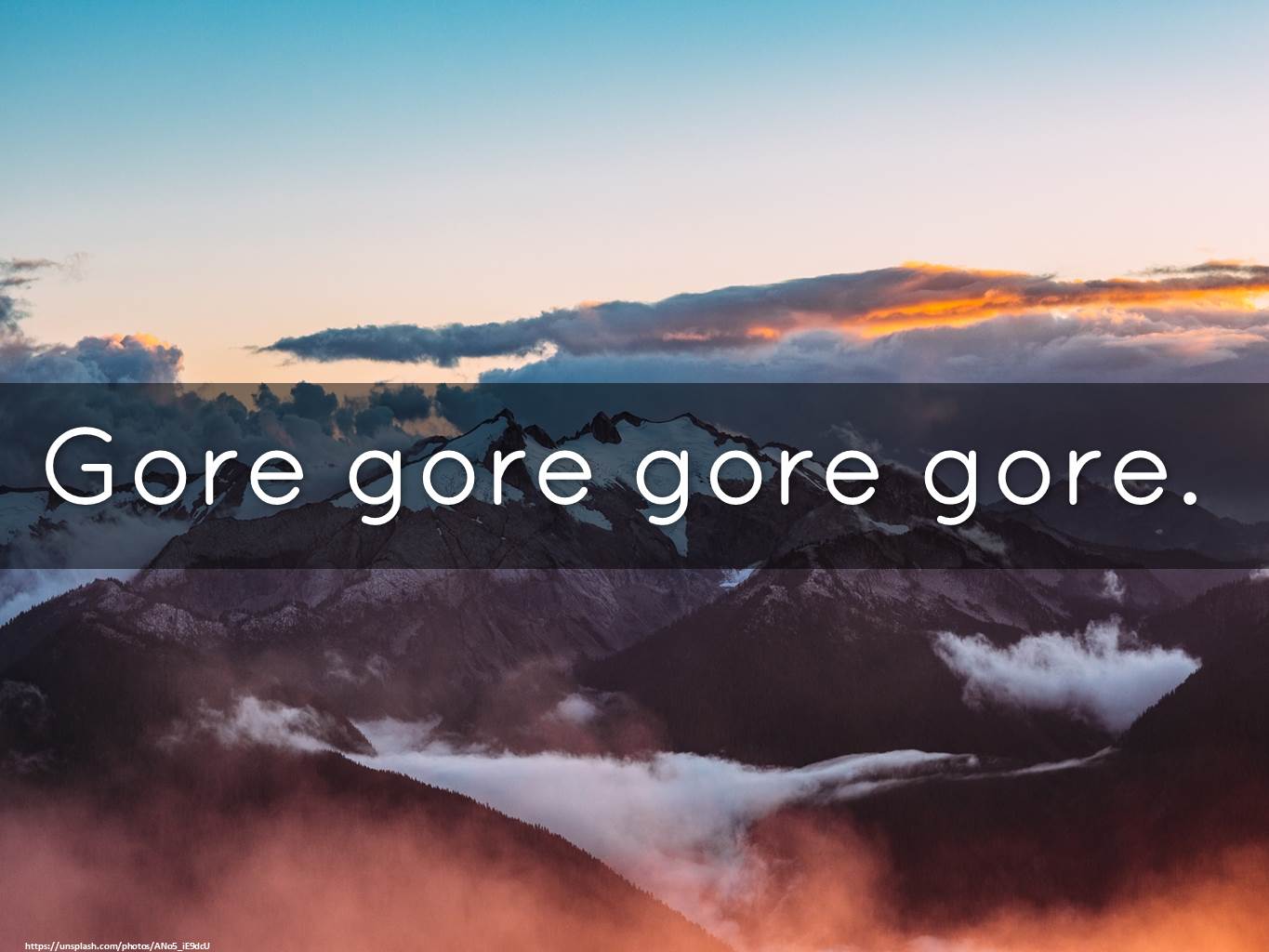 Again, after giving my audience a bit of a context, it became clear that “on higher altitudes (gore) mountains (gore) burn (gore) badly (gore).”

With a Bit of a Context

I decided to adapt the example when I was giving the talk in German for the first time. This time I intentionally chose a sentence that already had a bit of a context in it: 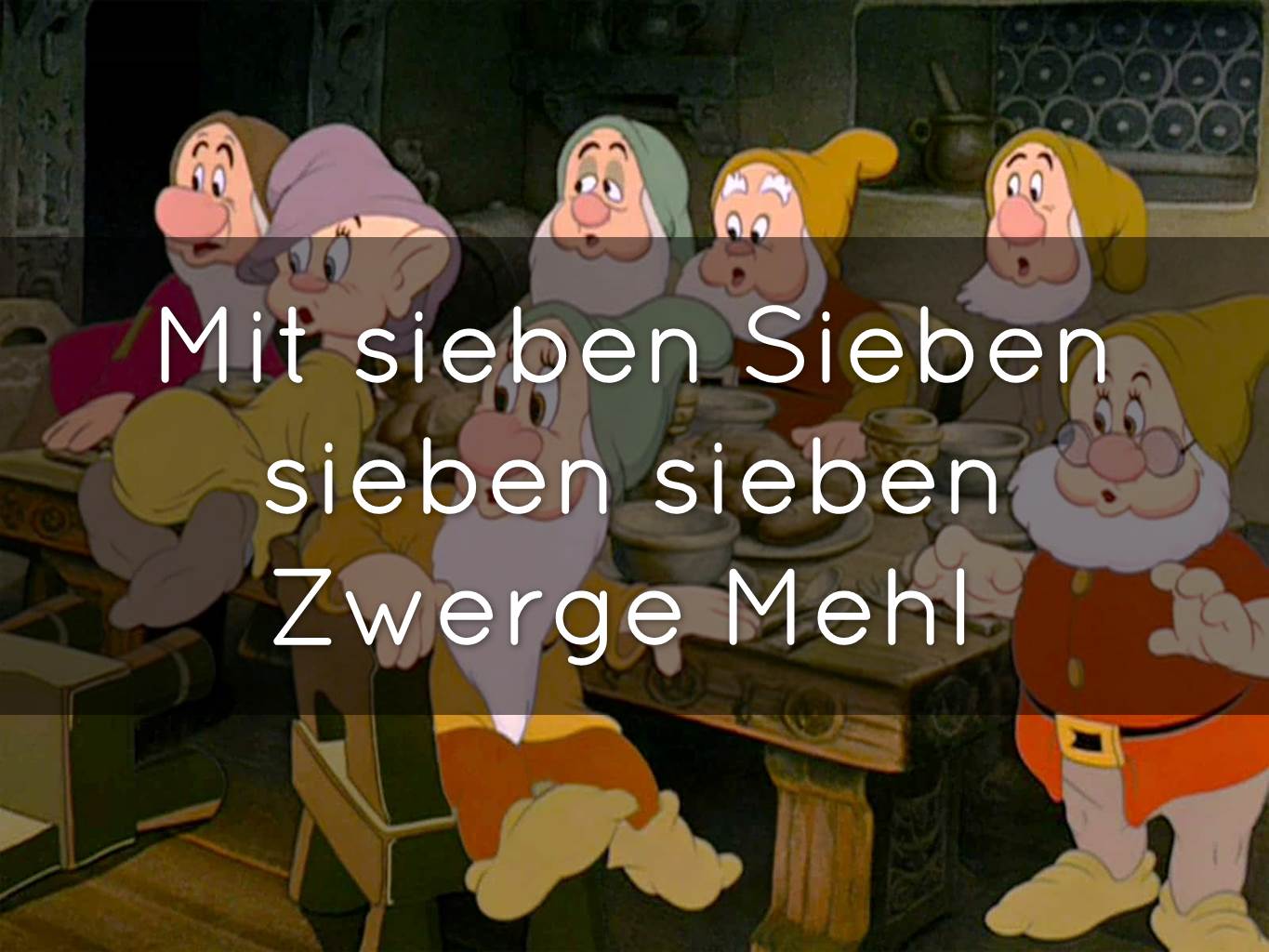 And guess what, exactly as I expected, the audience had much less issues in interpreting the sentence. It was immediately clear that “the seven dwarfs use seven sieves to sieve the flour”.

Let’s switch now to C# contextual keywords and the context in which they appear. Those of you who already read my last blog post can easily figure out what has to be done to make this C# method compileable:

Yes, we just have to apply the Robert’s trick and that’s it:

(Well, you might be wondering now how a valid method that returns a value can exist without the return keyword ;-) Explaining that is out of the scope of this blog post. I might write a separate post on this topic one day.)

Right now, I am interested in one other thing. What is the semantic behind that method? In other words, what does it mean? How the compiler interprets it? What is the meaning of the first async, and of the second, and of the third, and…

Being aware of C# contextual keywords and C# method definitions we can easily say that the first async is the async keyword, the second it the Task type, the third is the method name, and so on.

Now comes a tricky question, a riddle actually. Could it be any different? Is this above the only possible semantical interpretation of that code? Or we could also potentially have different ones? And if yes, how?!

I’am afraid I am becoming a bit too abstract now :-) So let’s switch to the next example which better formulates my tricky question.

A similar exercise again. Is this a valid C# method?

I guess by now you are starting to wonder from where I am getting all these crazy examples :-) Well, I have a few of them and they are all, modesty aside, a product of my own thinking. From the very first moment I read about C# contextual keywords in brothers Albahari’s excellent book C# 5.0 in a Nutshell I’ve started creating these wild examples.

Back to the tricky question.

Yes, it is a valid C# method. By now we all now this. But allow me to ask you - what it means? What is the semantic behind each of the dynamics?

But… are you sure? Are you 100% sure that the above interpretation of the method semantics is the only one possible? Let me rephrase the question, because it might be confusing. Can we have that same valid C# method in our code, but with different meanings of those dynamics? Yes, again a riddle :-)

As with all the riddles on The Humble Programmer, try to solve it on your own. Don’t rush, give it a try. Think of it. Don’t give up to early :-)

Again, is it possible to write a piece of code that gives us a different semantics for this method:

then the one already presented above?

OK, I hope you didn’t give up too quickly. If you’ve found the solution on your own, just scroll down to the next chapter. If not, let’s try to solve it together.

It is clear now, that the only thing we can “vary” are the two occurrences of a type. The rest are for sure identifiers.

What will happen if we declare a class called dynamic like in the code given below?

Here is where the story about the contextual keywords comes in play. The keyword dynamic appeared for the first time in the C# 4.0. And before that happened, it might be that we had classes in the existing C# code that were called dynamic. In order not to change the semantic of the existing code the compiler will in such cases give precedence to that class over the keyword dynamic. Which brings us to the following conclusion.

The first and the third dynamics do not represent any more the dynamic keyword. Rather, they are occurrences of the class dynamic. And that, of course, suddenly gives a completely different meaning to our original line of code!

The compiler needs to figure out semantics for these tokens based on the rules of the C# language, and if you’ve ever read the C# specification, you know that this can be an extremely difficult endeavor.

controlflow in his comment on: ReSharper and Roslyn: Q&A

Which again brings me to the Roslyn awesomeness.

Being able to see C# code through the eyes of the C# compiler “for free” is, in my opinion, one of the greatest gifts we got from the C# compiler team. In my talk on Roslyn I discuss how to utilize this generous gift to increase the code quality of our own code. But that’s a whole other topic, way out of the scope of this blog post.

I hope that my posts on Roslyn will make you curious and motivate you to try Roslyn on your own :-)